Sign up for the newsletter and join our small circle to enjoy exclusive benefits. 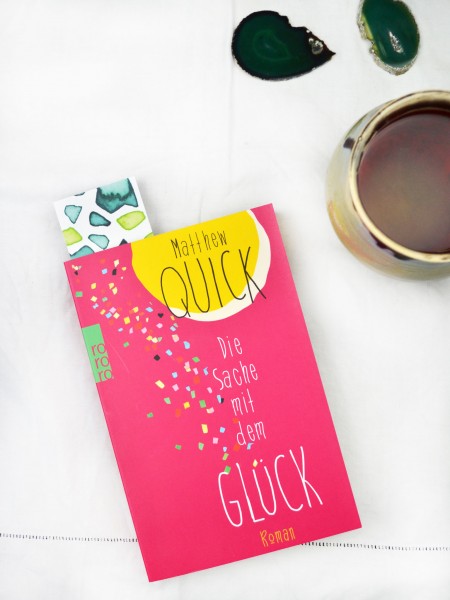 I bought this book, because …

I am very interested in the topics happiness and satisfaction in generell and how you perceive and assess your own life. That is something I think about on a daily basis and it’s always nice to read a book that might give you  another point of view about life itself.

This book is about …

the 39-year-old Bartholomew, who lived alone with his mother until her early death. They had a really close relationship. Bartholomew never had to take responsibility for his own life, he never had a job or took the typical steps you take to grow-up. That is why it seems to be especially hard for him to reoriented in his new life and get along living without his mother.

When tiding up her bedroom, he finds a letter from Richard Gere, who calls upon everybody to boycott the olympic games in Beijing. After that Bartholomew decides to write him a letter asking for advice for his own life. We can follow his life and the upcoming changes through the different letters he writes to Richard Gere.

the literary way of telling the story is sometimes a little bit hard to read, even if it is still a more fluid read than you would expect from a series if different letters. While reading you sometimes feel excluded from the course of events, because Bartholomew can only summaries what had happened after the actual events had taken place. So it sometimes feels like the readers is not in the middle of the actual plot.

It appealed to me how the book is ….

playing with the judgment of the reader about the protagonist. Bartholomew definitely has not the development state of a typical 39-year-old man. That is why you may be inclined to put his opinions and his behavior in a pigeonhole. But during the story you might discover that his innocent glance at his life and the people around him, can provide you with a different point of view that you wouldn’t have gained another way, because you might already assessed thing differently than he did. Even if Barthlolomew's opinions might make you smile at the beginning, we can all learn a lot from him.

I would recommend this book to everybody who …

wants to have a closer look at the subjects happiness and satisfaction in general or would like to read an unusual and still exciting book. ’’The good luck of right now“ appears to be an easy read, but can teach us a lot about our own prejudices.


You are looking for more interesting books? – Here you can find other book recommendations.

Stay in touch with us on

More information
Ok, got it Schließen